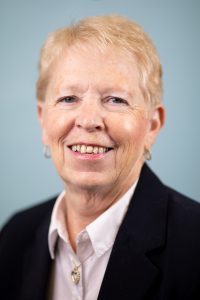 F. Tenney Lantz is an attorney with Lantz Law, Inc. She is admitted to practice before all courts in the Commonwealth of Massachusetts and is a member of the Massachusetts Bar Association.

Ms. Lantz has long been interested in the renewal of the historic community of New Bedford. She served as the city’s first Director of the Office of Historic Preservation. During the 1970’s she supervised the investment of more than $10 million in federal and state grants to restore New Bedford’s historic Waterfront District. Later, she prepared the first draft of legislation that created the National Park in New Bedford.

In the late 1980s, Ms. Lantz served as President of the Waterfront Historic Area League (WHALE), devoted to the preservation of New Bedford’s architectural heritage. That service led to her interest in the Joseph Grinnell Mansion, a historic landmark in the city that had been abandoned for several decades. Using innovative financing techniques, WHALE and the Interchurch Council of Greater New Bedford developed that structure into 17 units of congregate housing serving the low income elderly of New Bedford. Ms. Lantz served as the President of that project for many years.

Most recently, Ms. Lantz has applied her interest in community service through her work with the Girl Scout Council of Southeastern Massachusetts. She had been that organization’s Fund Development Director and Director of Administration for over fifteen years.